Peter Deunov (1864-1944), also known by his spiritual name of Beinsa Douno, is today recognised as a great spiritual master.

Born in Bulgaria, the son of an orthodox priest, he intended to enter the church himself and travelled to the United States where he studied theology and medicine. However, on his return to Bulgaria in 1895, he found he was unsuited to the rigid institutions and doctrines of the Orthodox Church.

From 1900 he began to give public lectures that breathed new life into the traditional Christian doctrine. He founded a new movement to which he gave the name ‘Universal White Brotherhood’ and organised congresses with the help of a group of disciples.

Each summer, these congresses were held high in the Rila Mountains where hundreds of disciples would form great circles to dance his sacred dance, the Panurhythmy.

By 1937 his disciples numbered tens of thousands. Foreseeing the political turmoil and persecution that would affect his country and challenge the Brotherhood, he chose Mikhael Aivanhov to bring his teaching to France and, ultimately, to the wider world.

He was also a gifted violinist and the composer of hundreds of melodies or ‘mystical exercises’. These melodies form the basis of the ‘Songs of the Universal White Brotherhood’, which are sung in Brotherhood centres throughout the world. 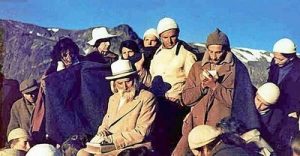 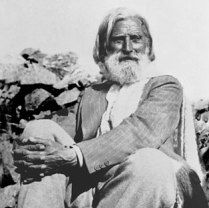